Jamie on being voted the nation's favourite BGT winners!


Here is the link to an article where Jamie talks about winning the Good Morning Britain Poll.
Collabro were voted the best act over the show's 10 year history!

Below is a link where you can watch Collabro being congratulated by the programme Good Morning Britain! 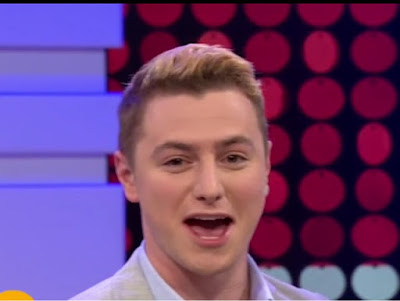 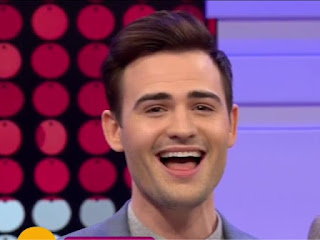 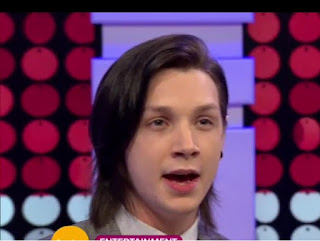 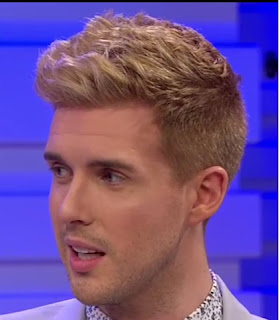 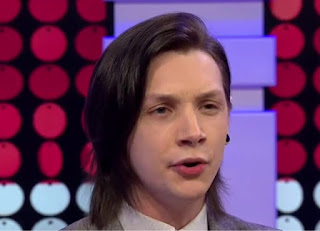 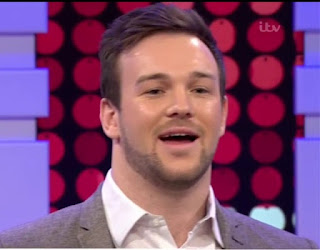 The Passion of Collabro

The photographs in this post are from their show in Grimsby which is the only one I managed to go to! They truly are phenomenal live and nothing compares to hearing their powerful voices filling the auditorium.

Expressive movements coupled with their ability to perceive different aspects of music including pitch, harmony and rhythm adds to the brilliance of each performance.  Not once did they not give their all and lets face it they must have been exhausted as this was nearly the last show of their Act Two tour!

These photographs I have from this show illustrate their passion and love for singing such beautiful music.  Leaving every single member of the audience in no doubt that they are thrilled to be on stage in front of their many fans! 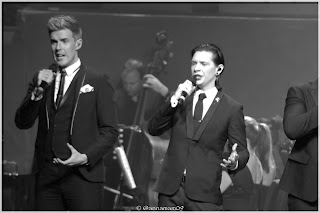 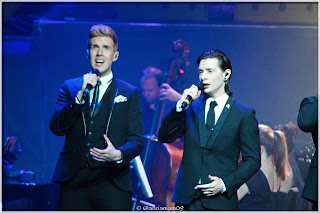 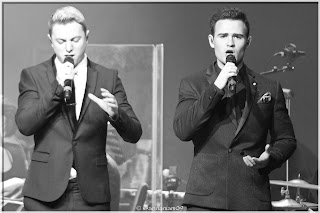 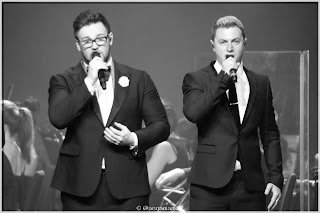 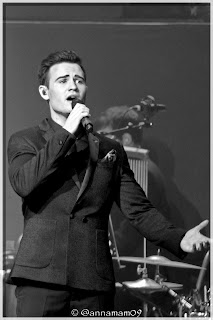 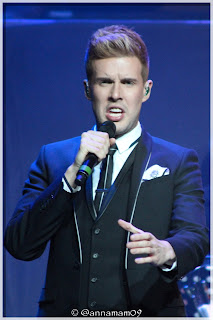 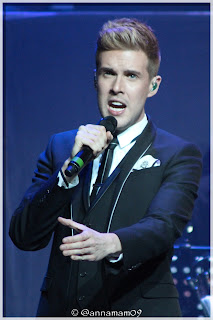 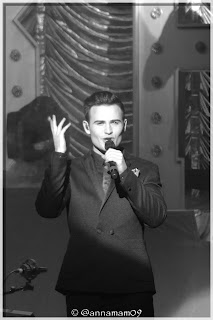 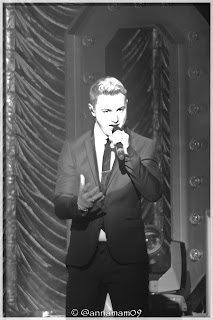 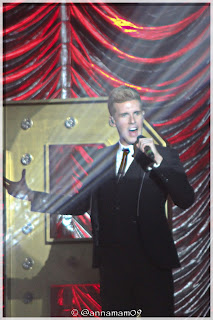 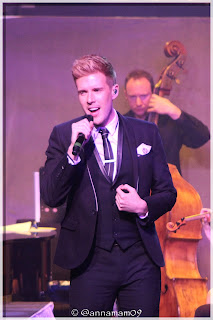 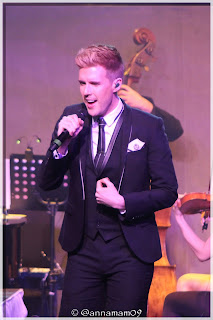 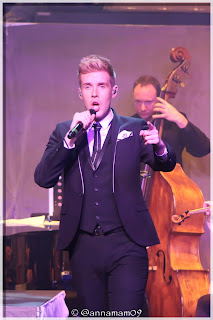 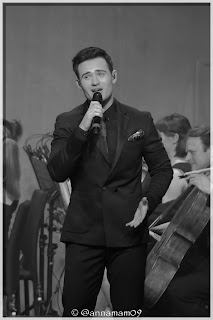 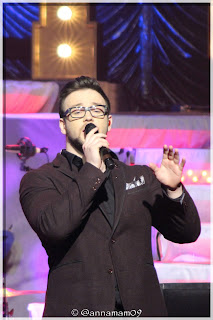 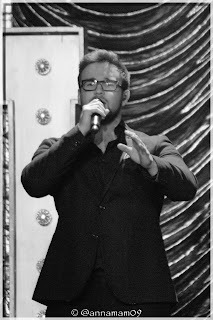 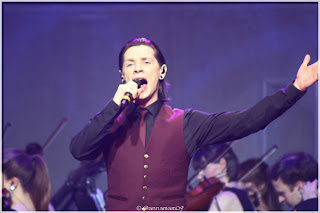 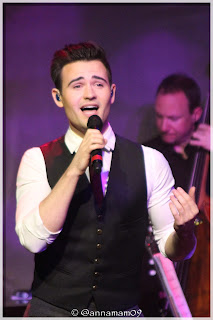 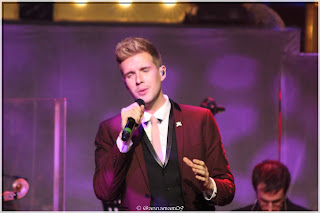 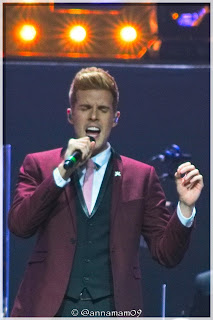 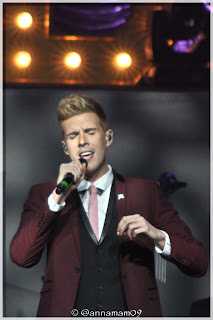 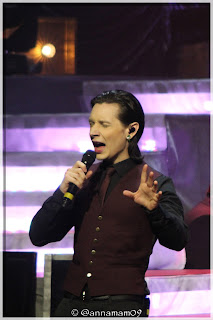 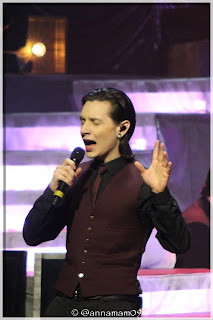 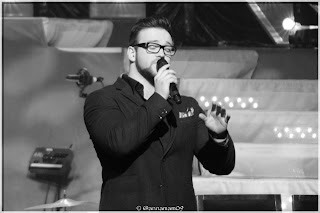 Here is a clip of Collabro performing 'The Prayer' with Catriona Murray at Grimsby Auditorium on their 2016 tour!


Here is the link!
http://www.grimsbytelegraph.co.uk/Review-Collabro-stun-Grimsby-band-member-s/story-29036547-detail/story.html

This was on Eagle Radio on 23rd March 16...the link is further down if you want to have a listen!!


So the interview starts with the host Lewis Mason stating;

'So they've become friends of the station over the past couple of years since winning Britain's Got Talent and it's a delight to have them coming back to Guildford with a sold out show and joining me right now is Michael Auger from Collabro!'

LM: Hello mate.
MA: Hello! How are you doing?
LM: Really really good...you're so busy right now, you're here there and everywhere! Right now you are actually in the Collabro tour bus heading to Plymouth aren't you?
MA: Yes we are, we like to get to venues as soon as we can so that we're all rested before the show.
LM: And what is the Collabro tour bus like, does it have a bit of atmosphere...what's going on there?
MA: Ok, so there are only 6 seats which obviously is enough for us and each of our seats is actually a first class aeroplane seat.  The secret is that we're actually in Simon Cowell's old tour van and he replaced the original seats with aeroplane seats so we've got old school aeroplane seats in our van reclined at the moment!
LM: That's so showbiz, you are driving around in Simon Cowell's tour bus...I love it and of course you're gonna be bringing the tour bus to Guildford next week on Sunday, but of course it's all sold out which is amazing!
MA: I know it's amazing, it's our final show actually, they actually said that Guildford was a little bit too small but I was like 'no we have to go back to Guildford, it's my home town, we need it on there' and it sold out within a few days!

LM: So what's been going down best on tour in terms of the set list?
MA: So obviously all the Les Miserables stuff goes down amazingly, we tend to get standing ovations after 'Bring Him Home' and 'I Dreamed a Dream' so that's just absolutely amazing and also 'Memory' gets a good standing ovation as well which is from Cats and we also do a Phantom section, that gets people on their feet too.  We just can't believe that people are still standing up for us, we're just so overwhelmed, it makes is so much more enjoyable being on that stage!
LM: Absolutely, you say you can't believe it but of course Guildford sold out within moments of going on sale but of course people are thinking they can't get tickets but this weekend you play the Royal Albert Hall which is not far to travel so what an experience that is going to be!
MA: I know, Saturday night, it's going to be amazing, we actually did the Royal Albert Hall as part of a charity event recently and so it's great that we've been out on the stage as a little warm up and we can't wait to be headlining our own show!
LM: It's gonna be a brilliant gig so of course anyone who couldn't get tickets for the Guildford gig it's only up the road, you can pop down to the Royal Albert Hall!  So thank you for coming on the show and best of luck for Saturday!
MA: Thanks!

I have also uploaded some clips to my youtube channel but I am only a beginner so apologise that they are not very good but at least you get the idea! Here's the link https://www.youtube.com/channel/UCkD1fTRRo1_OQaCaNQYxFeQ

The first film they chat about is Pokemon of course!!!

TR: When the movie came out and in one of the first scenes Ash was fighting this other trainer and he sent out this Pokemon, it was one which no one had seen before so everybody lost their minds! So good to its fans it keeps pushing out little titbits for them!

MA: But then over the course of the film you realise that it's love that conquers all, like any good film really.
TR: It's a really lovely kind of tale really where he realises that all this destruction and nihilism is completely wrong and he's got to, you know, love his fellow men and Pokemon.
MA: And Pikachu is really cute.
TR: Yeah Pikachu is really cute.

TR: Every masterpiece is underrated in its time...right?? (to Michael).
MA: Yeah.
TR: It was a huge morality tale, like in the movie there is a line 'I see now it's not the circumstances of one's birth but what you do with the gift of life that determines who you are.' That wasn't a political leader or philosopher that said that...that was Mewtwo who said that!
MA: A cat!
TR: Yeah a big genetically modified cat!

They both sing a part from 'Let it Go'

MA: I remember on our first album they said 'are there any songs that you really want to go on the album?' and I remember saying 'Let it Go' from Frozen.


TR: Whenever we sing that song we go 'have we got any Frozen fans?' and half of the people go 'yeah' and the other people go 'Ohhh'

TR: While it's a children's movie it's very adult in the concepts that it takes on, a lot of it is about greed!
I know it sounds crazy but, it's great!


TR: Over here in the West it's very fluid and very neat and there they are not afraid to make the character of Sen kind of clumsy and to make the animation reflect that!

MA: You almost want to go 'oh what's that about?' it sounds like fantasy, it almost gives you that impression, you're expecting magical things to happen!


They both sing a tune from the movie!
TR: It's lovely that everything is choreographed in it, all of it is choreographed to the music it's just something really special to watch, especially knowing that it was made in 1940 when animation options were limited!